We are wicked excited to be adding Royal Enfield to our already amazing line-up of New and Pre-Owned motorcycles. With two locations opening at 649 Massachusetts ave, Boxborough, MA and 108 Lafayette rd., North Hampton, NH. We will be able to provide world class sales and service for Royal Enfield. Along with an ever-increasing list of accessories and parts. We are proud to be offering Royal Enfield in our stores and look forward to a tremendous future in New England.

Starting in 1901 the first Royal Enfield Motorcycle is produced. Designed by Bob Walker Smith and Frenchman Jules Gotiet, it has a 1 1/2 hp Minerva engine mounted in front of the steering head. The rear wheel is driven by a long rawhide belt. War breaks out in 1914 and Royal Enfield is tasked with the creation of its first 2-stroke motorcycle. The 770cc 6-hp V-twin is the biggest motorcycle Royal Enfield produced and was supplied to the allied armies of Britain, Belgium, France, United States and Imperial Russia. Continuous development in the 1920's lead to a total of 8 Royal Enfield models. The first "sport" bike was created, Model 351, with a 350cc OHV 4-Stroke engine. Fast forward to 1932 and the legendary "Bullet" model is introduced. First shown off in the 1932 Olympia Motorcycle show in London. 3 total trims levels ranging from 250, 350, and 500cc engines. The Great War breaks out and Royal Enfield produces large quantities of military motorcycles, bicycles, generators and ant-aircraft gun predictors during the Second World War. The most iconic model is the 125cc 'Airborne' motorcycle known as the Flying Flea. These 126cc 2-strokes can be loaded into specially fabricated parachute cradles and dropped with paratroops behind enemy lines. Fast forward to this decade and in 2015 Royal Enfield North America is established with its headquarters in Milwaukee. The first direct distribution channel outside of India is formed. In 2017 the new 650cc Royal Enfield Interceptor and Continental GT twins are unveiled at the EICMA Motorcycle Show in Milan, Italy, and at Rider Mania in Goa, India. 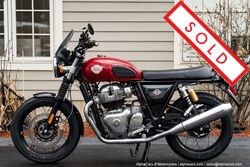 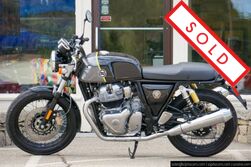 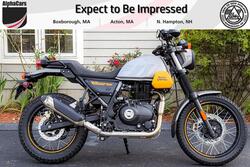 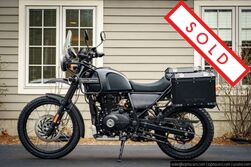 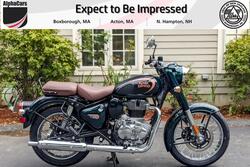 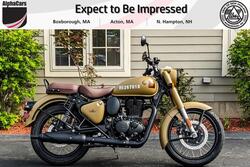 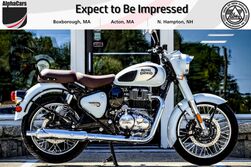 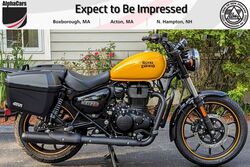 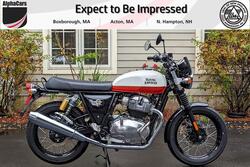